You step in the box with the bases loaded and one out. Your teammates chant your name. You look back at your family and hope that you can make them proud. We all know how this story ends, though. You’re about to hit a weak liner to second and throw your helmet on the ground in disbelief. Here are probably the reasons why you think that happened:

You gotta deal with C yourself, but I’m gonna help you see how A) and B) are secondary when it comes to hitting the ball hard. And no, the solution isn’t scrolling on tik tok for three more hours. Trust me bro. We’ve compiled all of the best information from your favorite hitting coaches like Casey Smith, Brad Marcelino, and Matt Antonelli to show YOU how to hit the ball harder in our great game of baseball.


How to Hit the Baseball HARDER -- MOVE THOSE BIG MUSCLES

The first item we gotta discuss is this little thing called the “Kinetic Chain.” WAIT! WAIT! Before I lose you, I promise this isn’t science class. Just hang with me. Still here? Great. Kinetic chain is actually pretty darn simple. It’s basically the order in which you move your big muscles like your hammies, biceps, pecs, and release them onto the ball.


The steps of the kinetic chain are as follows:

One pro who does this really well is Mookie Betts.


As a Red Sox fan, I’m still wiping away the tears due to his departure, but his skill remains as a Dodger, so let’s talk about him. 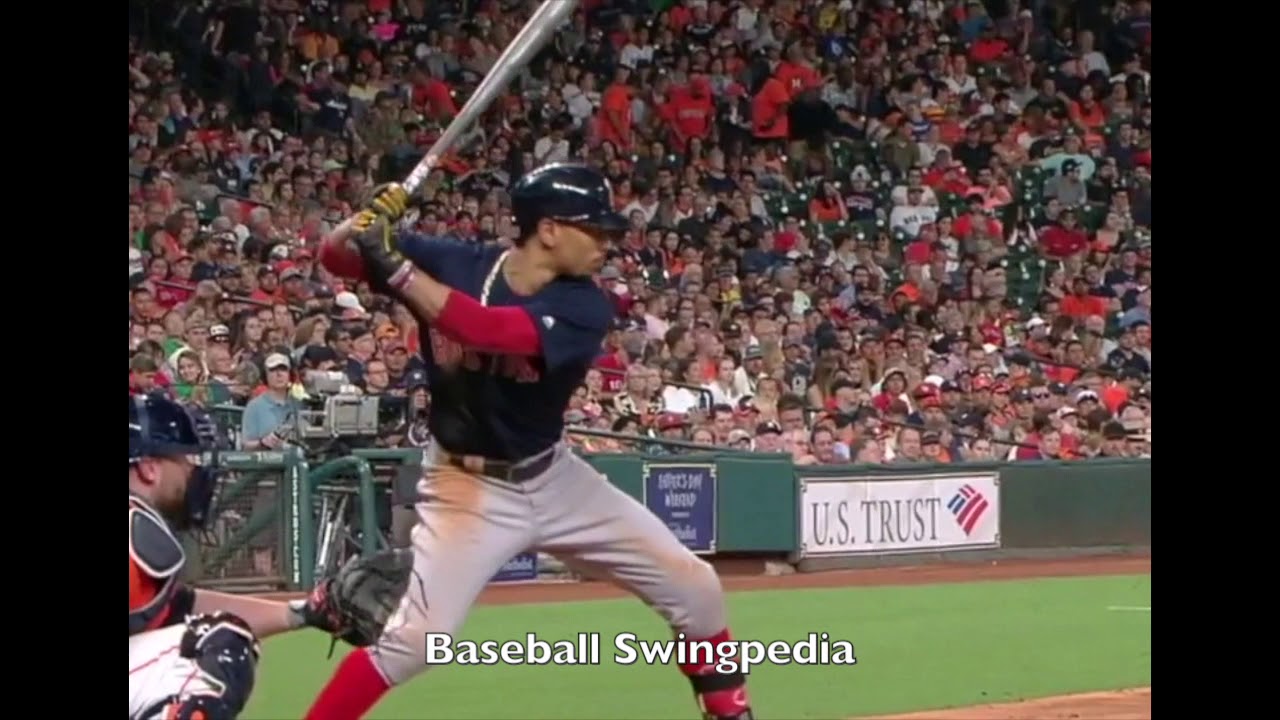 Here we can see Mookie push off his back leg to kickstart the kinetic chain. He’s in an athletic position and uses that leg as his propelling force to hit the ball. After that, he creates extension by taking his stride and striking his heel. Once that happens, he creates an incredible amount of tension between his hips and his shoulders – probably even more tension than you feel when you haven’t studied for a test and there’s 15 minutes until class.


Following the separation of Mookie’s hips and shoulders, he ensures that he delivers the barrel at the optimal moment. He allows his bat to lag behind his back and then distributes the bat head toward the ball without breaking his wrists. That was A LOT at once, so let's break the kinetic chain down step by step.

How to Hit the Baseball HARDER – DON’T SKIP LEG DAY

You and your friends always joke about other people skipping leg day, but maybe all along it’s been you that’s skipping it. Your back leg is the foundation of your swing. If you get lazy and don’t use it properly, your swing won’t have nearly enough power as it should. 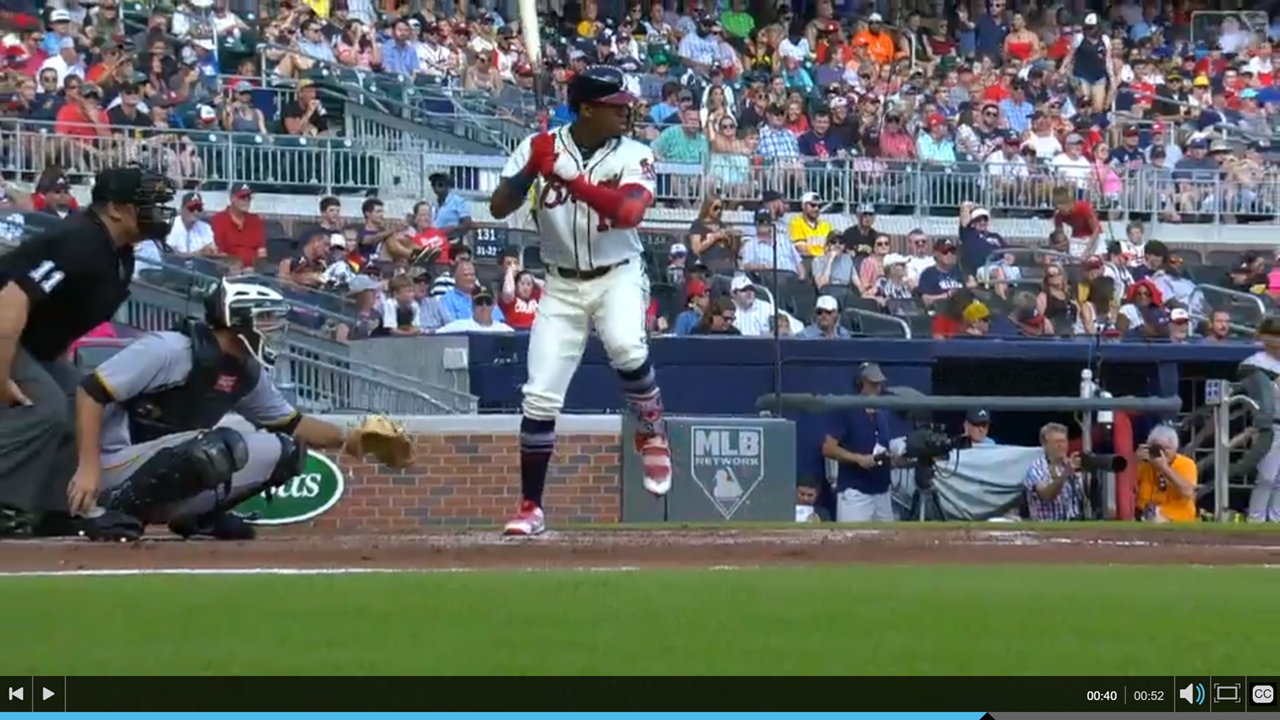 It took me five minutes to write this sentence because I’ve been watching Ronald Acuña’s swing over and over. He has an especially efficient leg kick. What’s most remarkable is that he manages to produce so much power from it without becoming imbalanced. If we were to draw a line from his right foot to the sky, his right knee would never cross it. Because of that, the other elements of the kinetic chain can perform the way that they are supposed to.

How to Hit the Baseball HARDER – STEP TOWARD YOUR TARGET

The next goal is to step toward your target, but don’t let all of your energy transfer toward the leg that is doing so. If you do, then you’ll lose some of the potential energy you have stored in your back leg.

Bryce Harper has a mammoth swing, and his heel strike allows him to direct its power. Once he places his stride, he ensures that it does not cause him to leak his hands too early. The worst thing you can do for your swing is stride too late and then cause the rest of your body to have to speed up prematurely. You might ask, “well what if I want to stride later?” That’s a clown question, bro.

As you well know, a separated shoulder is baaaad news. Hip and shoulder separation in pitching or hitting – on the other hand – is like seeing Spider-Man No Way Home for the first time again. When we talk about hip and shoulder separation, think about it like this. What hurts more – getting slapped on the cheek when the other person’s hand is two inches from your face or when they wind up? Yeah, I thought so. It’s the same way with your swing. Create as much separation as you can between your hips and shoulders so that once you do finally decide to strike, it’s done in a way that will echo throughout the stadium, rather than make people wonder if a pebble fell on the ground. 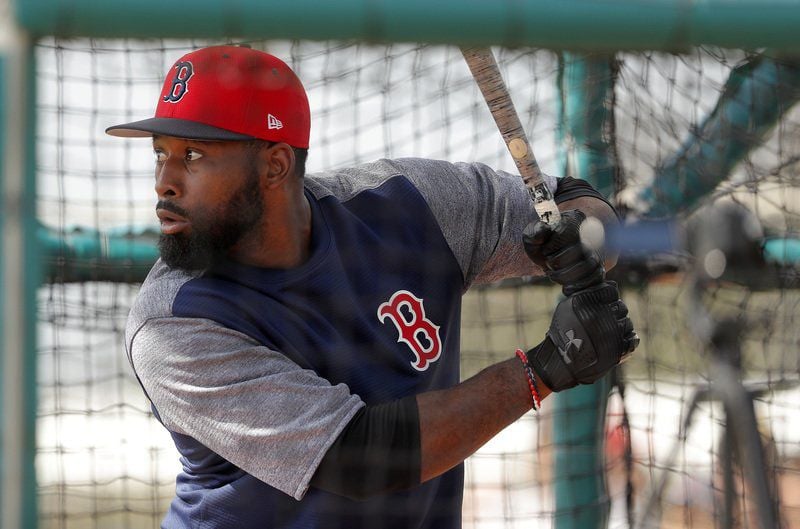 Jackie Bradley Jr. excellently exemplifies hip and shoulder separation. As he strides and his hips move forward, his hands stay back and his chest still faces toward the catcher.

How to Hit the Baseball HARDER – WHAT IS BAT LAG?

Good things come to those who wait. Think about it. Does a cookie taste better before you eat your vegetables or after? After. Every single time. That’s because you disciplined yourself enough to do the hard thing in order to indulge into what you really want. The hard thing to do when you’re swinging is to wait for that sweet sugary goodness to arrive at the plate. After you separate your hips and shoulders, you’ve gotta make sure you distribute the barrel properly.

This is called bat lag. Bat lag is the stage of the swing when the “hands rotate around the hitter’s body” at a “90 degree angle between the forearm and the barrel of the bat.” However there is a big difference between bat lag and bat drag.

Bat drag is the big no no. This is when your back elbow gets too greedy and tries to be the hero. When he pulls this little number, it causes you to make contact earlier and weaker than what is optimal, and can “cause the barrel to dump out of the plane of the swing.” I got news for you, back elbow. Get in line. 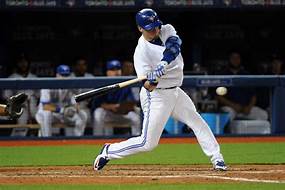 Let’s take a little looksie at Josh Donaldson because he is an exemplar at bat lag. As his shoulders turn, his bat is still behind his back. He waaaaaaaits for the ball to get exactly where he likes it, maintains a 90 degree angle between the bat and his forearm, and then finally unleashes the barrel.

What would make me cry all night is if you followed all of the steps I mentioned previously but neglected to deliver your hands properly. In order to keep your hands from flailing everywhere, you’ll want to employ the “palm-up, palm-down” method. 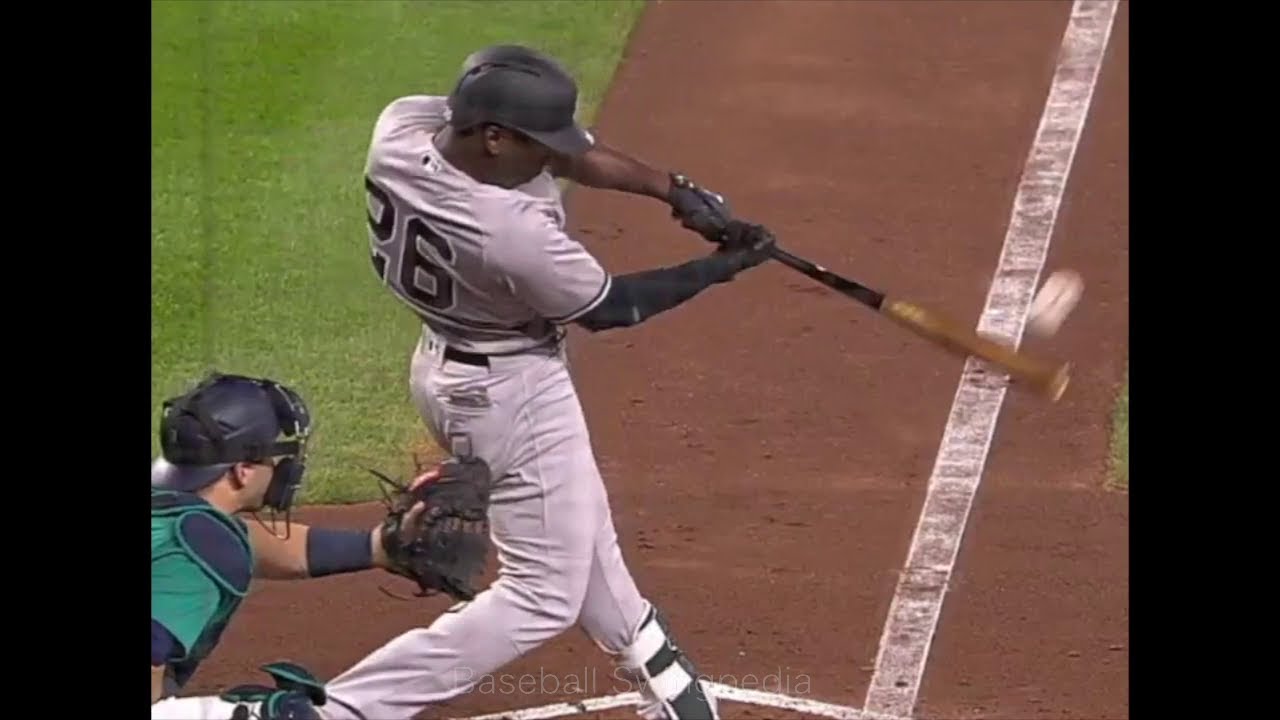 Look at Mccutchen back when he was living his glory days as a Pirate. His right palm faces the sky while his left hand faces the dirt. This has the effect of creating a level bat path and reducing the rate at which you’ll roll over. Both sound good, right?

How to Hit the Baseball HARDER – IMPACT

Okay, so you’ve made contact with the ball, but your job is far from done. I mean, think about it. There’s a reason why we don’t check-swing. We want as much gusto behind the ball as possible. So, what you need to do is ensure that after you make impact with the ball, keep moving your hands toward the pitcher with the “palm-up, palm-down” method. It’s not a time to roll over or pop up. It’s time to prove to the entire stadium that you are an absolute beast. 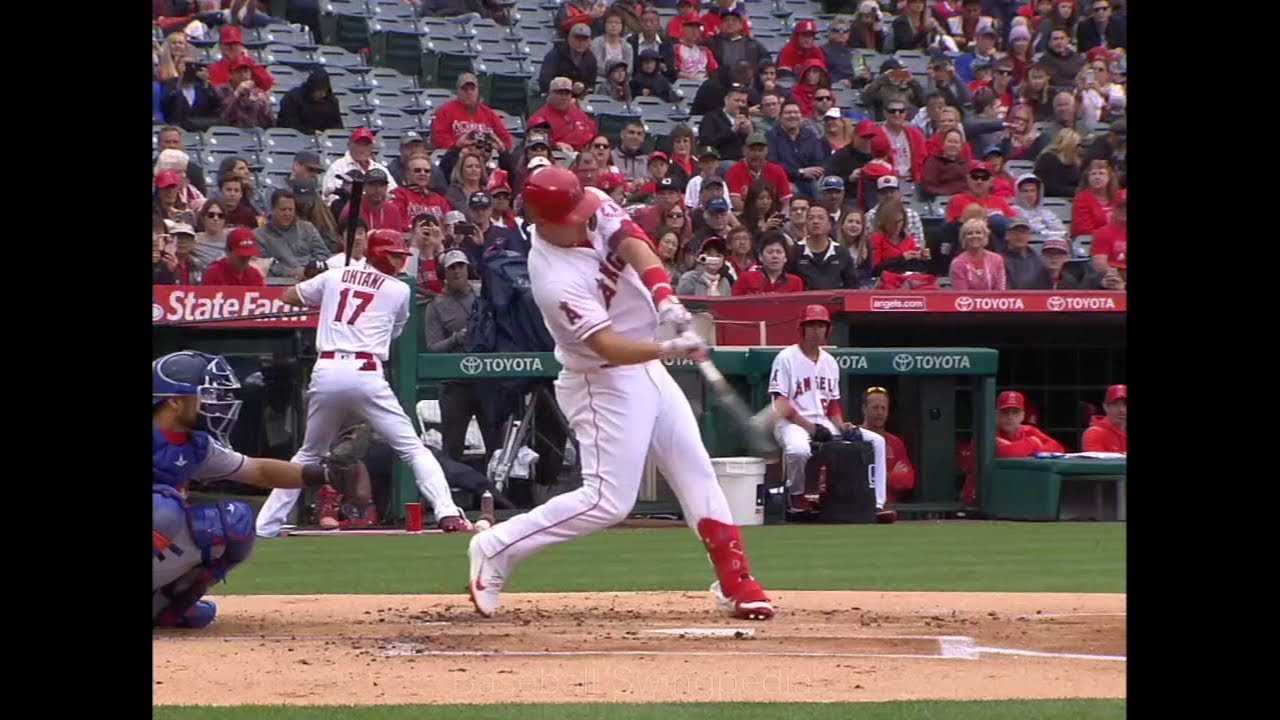 Mike Trout keeps his palms in the right position and follows through toward the pitcher. This means that there remains an incredible amount of consistency throughout his upper body and, because of that, he hits dingers.

You hit the ball harder by mastering your kinetic chain. From an aerial perspective, it sounds pretty easy. However – as you well know – when you’re attempting to actually perform all of the actions necessary, things get difficult.


I’d recommend reading this article a few times, honestly. That’s what I would do. Make sure you thoroughly understand each of the steps, practice each of them, and then let muscle memory take its course when you feel comfortable.


If this wasn’t enough, make sure to watch our video about the kinetic chain.


If you want gear and training aids to help you improve your kinetic chain, go to platecrate.com.


Do what the best do. Why not, right?